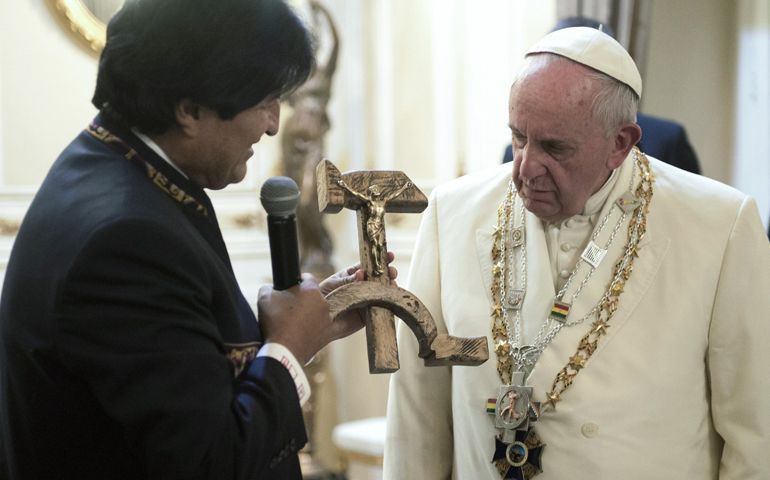 Roger Olson shaped some of my theology from high school onward. I received a book from my sixth-grade Sunday School teacher entitled The Story of Christian Theology: Twenty Centuries of Tradition & Reform, which was written by Olson. I still consider this to be an excellent resource (for the most part, excepting perhaps the final parts) regarding the history of theology. It was my first in-depth book of the history of theology, and it was fascinating. He does a good job of remaining objectively truthful for the most part in that book, and I’m grateful for that.

However, I came across an article he wrote on liberation theology back in 2016. In that article, he writes about some items which make him uncomfortable with fully embracing liberation theology. However, I find his points of criticism to be mostly missing the point. He does rightly object against LT by identifying that liberation theologians have a “certain attitude… that only they have a right to determine the direction of the task of reconstruction of theology because they have a ‘privileged insight into God… and that I, as a white man, cannot speak into that conversation because I am automatically an oppressor— simply by virtue of enjoying white male… privilege.” He also says that his problem with liberation theology stems from the fact that “even the oppressed can distort theology and need to take into account everyone’s perspectives and not only their own.”

He also rightly identifies that there is a clique of social justice-minded liberation theology fanatics. “When I go to the American Academy of Religion meeting… I find people involved in Liberation Theologies not very interested in dialogue.” This is a good point— they aren’t interested in dialogue, because their theology is centered on the monologue of the so-called “oppressed!” He continues: “They tend to group together and exclude others who they think haven’t experienced their particular form of oppression.” Again, very rightly stated. So far, so good (if a bit weak).

Then Olson says that “Insofar as Liberation Theologies become replacement theologies— radically resymbolizing God, for example, as ‘Gaia,’ or Christ as only a human liberator, I worry about them. And I worry about them insofar as they shun all criticism; even they need to listen to other voices than their own.”

It’s bad enough that Roger Olson says that he endorses any kind of liberation theology, but it’s made even worse by his failure to identify the reality that all liberation theologies become “replacement theologies” in exactly the sense that he describes. They replace the Law of God with the law of Woke ideology, they replace Biblical economics with socialist tactics, they replace the true Christ with a black Jesus whose death was not to save souls but to “liberate” the oppressed into becoming tyrants themselves, they replace the Gospel with an anti-gospel of temporal, unbiblical works-salvation, they replace justice itself with “social justice…” need I continue?

To make matters even worse, Olson responded to a comment about James Cone with a defense of Cone! Someone whose username is “mallen717” correctly pointed out in the comments section that “James Cone’s black liberation theology is racist at its core.” Instead of agreeing with the commenter— which anyone as educated on the subject as Olson ought to do, and vigorously at that— he said the following: “Now this is merely a slur without substantiation. Please don’t do that here— just throw out accusations without reflective explanation based on reasons. Have you read Cone’s books across his career? Which ones? How do you define ‘racism?’ What, in your opinion, makes Cone’s theology racist? …Your message is not helpful… it is merely an accusation without basis. Don’t do that here.”

Really? An accusation without basis? No, Dr. Olson, it is based entirely on a proper and true reading of Cone.

“Black racism is a myth created by whites to ease their guilt feelings.”

“The coming of Christ means a denial of what we thought we were. It means destroying the white devil in us. Reconciliation to God means that white people are prepared to deny themselves (whiteness), take up the cross (blackness) and follow Christ (black ghetto).”

“Theologically, Malcolm X was not far wrong when he called the white man ‘the devil.’”

“All white men are responsible for white oppression.”

“… simply to say Jesus did not use violence is no evidence relevant to the condition of black people as they decide on what to do about white oppression.”

Olson is a well-read man. Is it possible that he has not heard of Cone saying such things as this? Yes, it is possible. Is it likely? No, not by a long shot. Thus, it seems likely that Olson’s sympathies for liberation theologians like Cone is not likely due to ignorance, but to deliberate and purposeful error.

However, in case it is not purposeful error (which, I repeat, is very unlikely), I hope that Olson would respond to this post and address the quotations I have placed here.